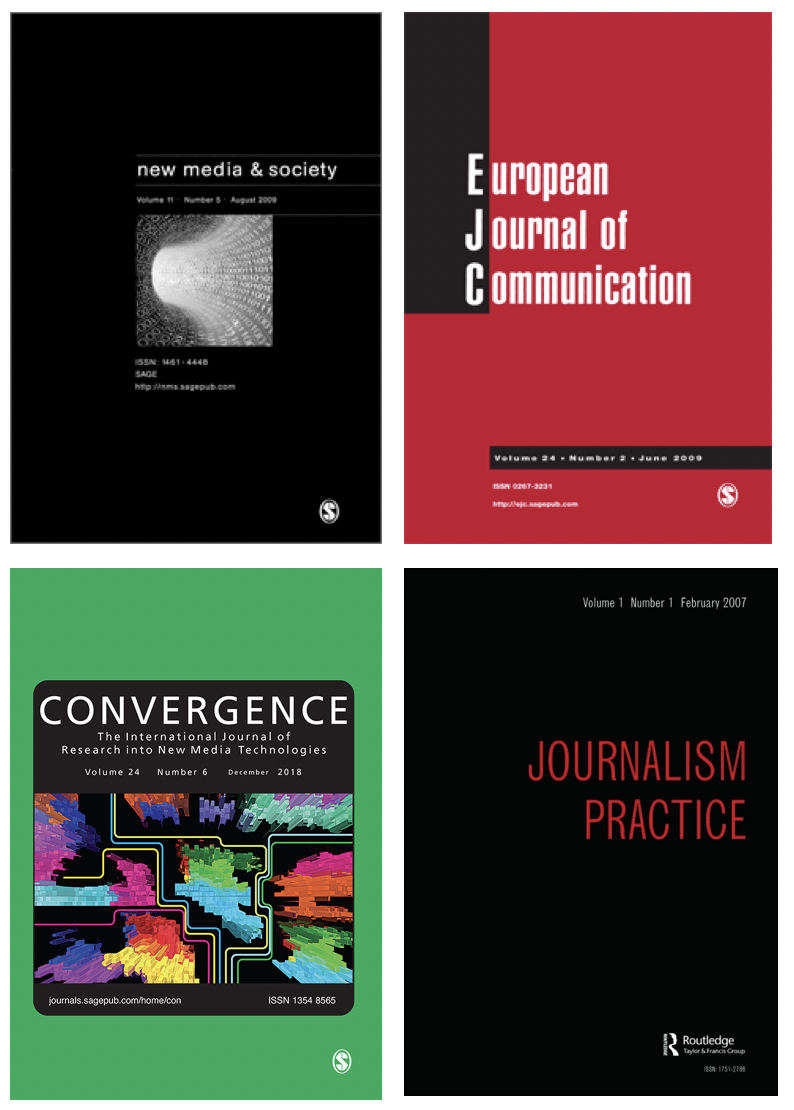 Ever since the introduction and subsequent popularization of the Internet during the mid-1990s, media organizations have struggled with how to handle the possibilities offered and challenges brought on by a variety of online channels and platforms. Comparably later years have seen media such as newspapers and television channels take to social media, competing for attention on services like Facebook with what is sometimes referred to as hyperpartisan or indeed ‘fake news’ outlets. Within this area of my research, I detail how media organisations and their audiences make use of digital services such as social media, tracing the influences on journalistic and audience behaviour emanating from services such as Facebook.

Research projects within this area of interest is undertaken in cooperation with a series of co-authors, such as Christian Christensen, Karoline Andrea Ihlebæk, Bente Kalsnes and Anders Sundnes Løvlie.

Publications related to journalism studies can be accessed here.

The roles of communication technologies for political campaigning purposes cannot be easily overlooked. While more traditional media like television are still important in contemporary campaigns, digital services like social media are by now essential to any politician seeking office. Utilizing analyses of social media data from politicians and their potential supporters, I critically analyse the ways in which novel channels influence political campaigning and how citizens are allowed to engage with political actors on social media such as Facebook.

Research projects within this area of interest is undertaken in cooperation with a series of co-authors, such as Bente Kalsnes, Hallvard Moe, Eli Skogerbø, Jakob Svensson and Shelley Boulianne

Publications related to political communication can be accessed here.